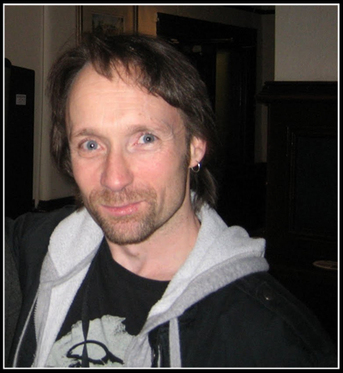 It all started for me in 1991 (I think).  I was sharing a house with
Martin Thomasson, another musician, and we were spending a lot of time at The Leisure Club, a music venue and general hang-out for musicians.
I’d played in a few bands and enjoyed being part of the local scene.
The Leisure Club was great.  I got to play at Jam nights with guys
that I looked up to and respected.
Cal was booking the bands at the club and he was thinking of putting his band back together.  He approached my mate Neil, asking if he’d be interested in playing bass.  Neil said no, but suggested me instead.
Cal asked me if I’d like to audition.  To be honest, I shit myself!  I thought that Cal was way out of my league!  TSD  had been huge locally and I had nowhere near their level of experience.


Anyway, Cal gave me a tape to listen to.  It was a tape of an earlier TSD.  I put it on in the car
and played it constantly.  I was blown away!  I loved the energy of the band,  it was raw and exciting.  Much better than anything I’d done before.  I wanted in.
We started to rehearse at the farm.  It was me, Cal and Carl Pierce to start with. Carl left before
we’d done any gigs and Brendan and Simon came in.  We had a band. We rehearsed our tits off. Non-stop.  Cal wouldn’t let us perform until we  were perfect.  In fact he stopped us playing with anyone else at all whilst we polished the set ready.  No more Jam nights for us!
Then we started gigging.  It was crazy!  Cal got us gigs everywhere.  All over the place!  Cal wanted to  take the band in a celtic, folky direction - I resisted at first, but in came Martin Foskett on mandolin.  He didn’t last
long.  Martin ‘Bunny Wright on fiddle - we left him in France.  In came JD and Kate ‘Fiddler’s  Boots’. The gigs kept coming.  We spent all our time in the back of  Pigster’s van!  Kate left and Fluff arrived.  Gigs, gigs, gigs.  Fucking brilliant!

To be honest, it’s all a bit of a haze.  I know that we did hundreds of gigs before I left at the end of   1993.  All over the country and beyond. France and Ireland.  ‘Proper’ venues like ‘The Mean Fiddler’ and ‘Bath Moles’.  Supports slots with the likes of Kirsty MacColl and Daisy Chainsaw.  Festivals, Glasto and biker gigs.  We did some recording too.  Studios in Manc, Cheadle and at Fairport Convention’s place near Banbury.
It all got a bit messy.  Lots of chemicals, but lots of laughs!  You forget the shit hours in the back
of  the van and remember the good times.  Friendships that’ll last forever.
hooked up again with Cal a couple of year’s ago to play a few songs at Ellie’s birthday party.  He still had it you know.

I’ll miss you Cal.  RIP mate, say hello to Pigster from me.
Spoons